Head unit, flip out DIN, flip out screen, flip out stereo, flip out head unit….these all generally refer to the same thing – a head that slides in and out of your car’s DIN unit (the space at the front of the car that accommodates your car’s stereo)

They’re space savers, they’re ergonomic and they (usually) just plain look cool. There’s a lot of car head units out there but we’ve whittled them down to a list of 5 flip out DINs across various price points that have been praised by reviewers .

For car owners with smaller single DIN (as opposed to double DIN) dashboards, head unit options have historically been somewhat limited. Well Pioneer’s AVH-3300NEX is a popular head unit that might be a great fit for you.

It is a 7” head unit with an sharp 800 x480 pixel resolution touchscreen that is compatible with both Apple Carplay and Android Auto. Moreover, the head unit can be voice controlled via Siri or Google Now for a hands free experience via its built-in Bluetooth capability. 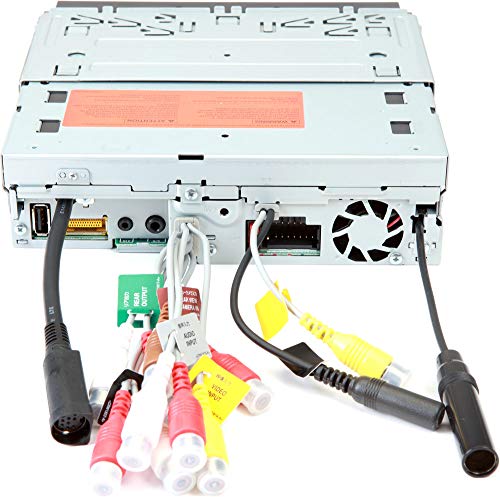 You can use the voice control to customize and control various music application such as Apple Music, Pandora and Spotify or simply make voice calls safely while keeping your eyes on the road.

There’s a graphic EQ along with several presets, including bass boost (for you rock and hip hop fans), crossover controls, and a delay function.

It has a rearview camera that’s perfect for city drivers and a removable faceplate to keep would-be thieves at bay.

We had to include the predecessor to the Pioneer AVH-3400 as it is still a very popular head unit that, to be honest, is pretty much the same.

It is compatible with both Apple CarPlay as well as Android auto, it has a 7” touchscreen, a detachable faceplate, voice controls for hands free operation and the same power output and specifications. 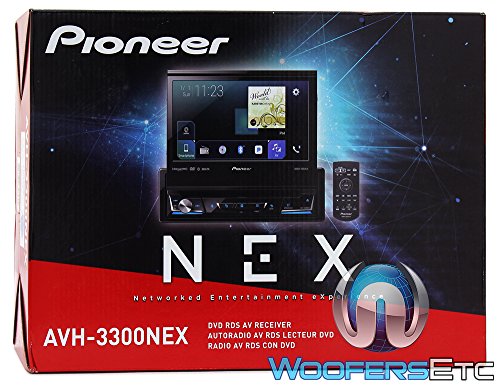 It also has advanced EQ settings to tune your sound according to your desired preferences with a 13-band graphic equalizer.

The difference between the two flip out head units is in their respective prices. We’ve scoured several off and online electronic outlets, and interestingly, the Pioneer AVH-3300 actually costs about $40 more than the newer Pioneer ACH-3400. You basically can’t go wrong with either Pioneer head unit.

This is a lesser known brand that we included because it has a host of unique features including compatibility electronic shock protection, and compatibility with a wide range of audio file formats such as MP3, MP4, JPEG, AVI, DVD and CD players.

As for design, it has a HD 7” retractable touchscreen with a 800×480 resolution. The screen is sharp, colorful and vibrant, particularly at night. 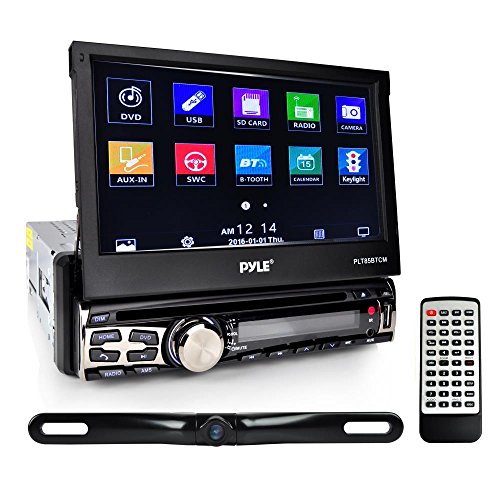 It has Bluetooth connectivity for hands free calling and streaming via voice controls and has an impressive back up camera.

Finally, it offers support for video via a micro SD slot supporting up to 64 GB.

This is another Pyle flip out head unit that offers Bluetooth connectivity to facilitate to hands free calls and voice-controlled streaming of various apps such as Spotify, Pandora and Apple music.

It also has built-in navigation with turn by turn assistance to help you get around safely while keeping your eyes on the road.

While some users may be used to the navigation on their smartphones, I would argue that the navigation built in to your car’s receiver is a better option as it is displayed on a larger screen and connected to your car’s audio so, again, you’ll keep your eyes on the road. Safety first.

The detachable video screen is sharp and crystal clear but some users online have noted that the screen’s navigation and touch control system may take some getting used to.

This is a good value flip out head units as it is a (relatively) inexpensive option that still comes with a number of features.

It has a removable 7” high resolution motorized LCD touchscreen with DVD receiver. 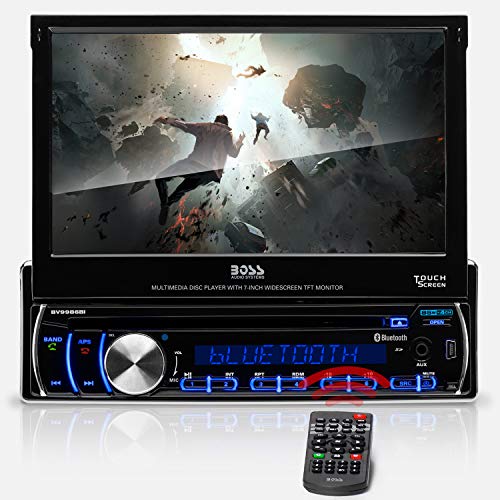 As for connectivity, it has everything you could ask for: pre-amp outputs, USB inputs, Bluetooth, auxiliary inputs, audio and video inputs and a wireless remote.

As for power its max power rating is 85W X 4 and it has an Equalizer with a number of presets to help you tune your car’s audio output to your desired specifications.

The head unit is the brains of your car’s audio system. It gives you the control to shape your car’s sound and to allocate power amongst various connected devices from the amplifier and speakers to the subwoofers.

There a few things you should keep in mind when searching for and comparing head units.

How to Choose a Good Head Unit

We all want our car stereo to be able to churn out crisp, clean and clear audio, at high volume levels if need be. In order to do so, you need consistent power.

Rather than peak power, you should focus on the RMS of the head unit to see what amount of power is consistently delivered. You can learn more about RMS here. You’ll see 50W X 4 on many head units, which is a pretty good power rating.

You want a sharp, bright backlit high resolution touchscreen display that looks great daytime or night. It should be responsive to your fingers with minimal to no delay. Bit should be intuitive and fairly easy to navigate as well.

You want the option of expanding your car’s sound system or integrating other 3rd party devices. Therefore, it’s important that there are a number of inputs and outputs on your head unit.

Speaking of connectivity, the two major smartphone platforms from Apple and Android introduced Android Auto and Apple CarPlay in order to integrate their respective platforms with your car’s head unit.

Both systems allow you to control playback of your music via your phone and answer and operate calls hands free.

Additionally, for navigation, they use the built in Apple and Google Maps.

DIN basically refers to the size allotted to your car’s stereo system. A double DIN, as you may have guessed, can accommodate a larger sized unit than a single DIN.

You’ll get the benefit of a larger touchscreen that can accommodate more functions and controls, and, generally speaking, a wider selection of brands.

That said, we’ve included five great options for single DIN head units that are loved by thousands of car owners and reviewers, have historically performed well, and can accommodate a multitude of budgets. We hope you found something you liked.